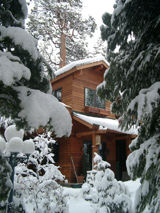 A cool down in the Overland Park housing market could actually be a good thing. It could actually save us from another inflated housing bubble because things got out of hand too rapidly for the market to sustain the growth.

The fact that the Overland Park housing market is starting to slow down a little means the recovery is sustainable. The appreciation in Overland Park home values has not been uniform everywhere throughout the area, and certainly not across the entire country. Some areas did phenomenally better than others.

What's important to remember is that some markets that shot up so quickly fell the furthest so they had a lot further to go on the way back up. These markets are starting to find their own footing, some going way up and some not so much.

In 2014, many analysts are predicting a slower rate of home value appreciation, more in the 3 percent range, as opposed to the 5 to 7 percent many markets experienced in 2013.

One driving factor in slowing down the Overland Park housing market is interest rates moving higher in recent weeks.

The increased rates signal that the days of affordable loans may be over. Mortgage rates have been at historic lows in recent years, triggering a home-buying phenomenon and accelerating the recovery process in the industry. But, since May 2013, mortgage rates have shot up a full percentage point. The hike was triggered after the market received signals from the Federal Reserve that it would slow its bond purchases.

The effect of rising rates is still up for debate. Over the past two months, existing home sales slowed down. But, sales of new homes accelerated in October after three months of weaker performance.

Inventory is still constrained. There were a lot of buyers that were sitting on the sideline waiting for the media to tell people that home values have bottomed. We've now declared that, and buyers are trying to act, only to still find that inventory of homes for sale in the Overland Park housing market are not exactly bubbling over.