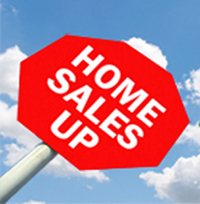 Traditionally, Overland Park home sales tend to slow down heading into fall and winter, but that doesn't seem to be the case this year.

Instead of the usual seasonal slowdown, October data show the 2013 fall market moving at a fast pace, according to Errol Samuelson, president of Realtor.com.

"Inventory has returned to last year's levels, but prices continue to strengthen and homes are moving significantly faster compared to this time last year," Samuelson said.

Perhaps the most promising statistic at this point, however, is median age of inventory: 94 days in October, a slight pickup from 93 days in September but an 11.32 percent decrease from the last year.

This trend suggests that properties continue to turn over quickly in contrast to the usual seasonal patterns, and despite increasing prices and stabilizing inventory.